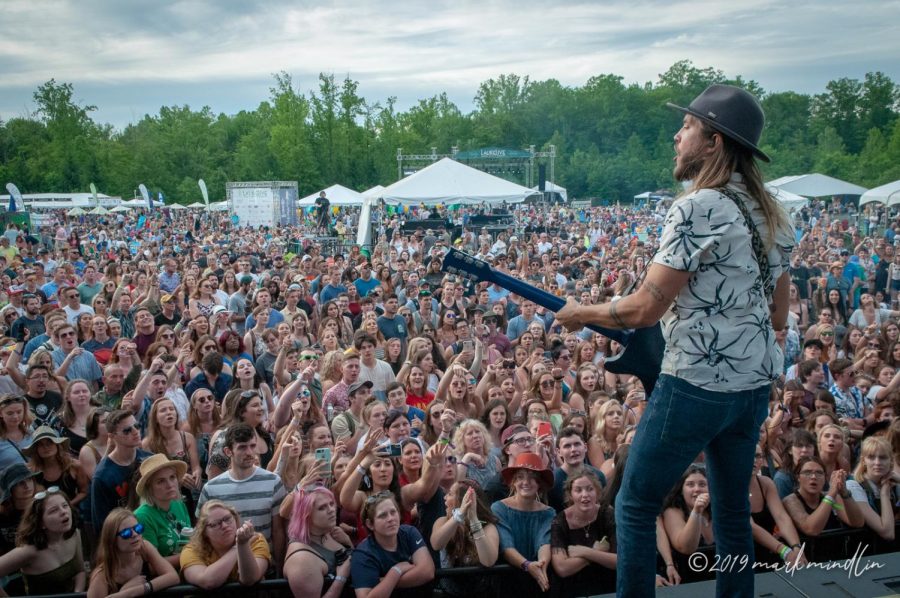 2021 was a legendary year for music. With albums from some of the biggest artists, concerts and festivals returning from the pandemic and new stars emerging, there was so much to be streamed. Chagrin students listened to it all, from the hottest tracks to underground hits and their taste was unmatched.

The biggest hit of the year came early with new artist Olivia Rodrigo coming out with “Drivers License,” a breakup anthem that flew through TikTok in early January 2021. She followed it up with “SOUR,” an album that related to every teenager out there going through a breakup.

Rodrigo set all kinds of records and is sure to have an illustrious career in the future.

Junior Ava Kane particularly enjoyed Billie Eilish’s “Happier Than Ever,” “I had been waiting for Billie’s album for forever and it exceeded my expectations.”

“It’s so different from her past work in the best way possible,” she continued.

She’s not the only one who was enthralled by Eilish’s last album. When it was released in July 2021, it immediately rose to billboard number one and received millions of streams.

Kanye West built up hype for his album “Donda” throughout the entire summer, holding three listening parties, leaking songs, and pushing then pulling back release dates week after week. When it was finally released, many mixed reviews came in.

“I didn’t love the music this year, but Donda was definitely my favorite. Kanye was at the top of his game when it came to production,” claimed junior Charlie Fredrick.

Another artist that dominated the year was Drake. He kicked off 2021 with his EP, “Scary Hours 2,” and after months of anticipation, dropped his album “Certified Lover Boy.”

“It had so many amazing features, none of the songs disappointed,” said junior Riley Myers. The album debuted at number one and sold over 600,000 units. It also set the all time record for the most top ten singles for one album.

The hits were overwhelming, and Myers agrees, “I played so many songs on repeat, they’re all hits. This was definitely the album of the year.”

“Faces,” an album by the deceased rapper Mac Miller, was posthumously released on streaming services this year after its initial release in 2014. “It was great to hear new music from him on streaming, he was a great artist and I will always love his work,” said junior Camille Zitney.

Chagrin Teacher Mrs. Ashkettle especially loved the single, “I’ve always been a fan of Bruno Mars, and I loved this old school style from him.”

This was the first album Mars had released since 2016, “He hardly ever comes out with new music, I’ve been listening to the same stuff for so long and it’s really refreshing to hear so many new songs,” explained junior Jenna Santamaria.

As much as “An Evening with Silk Sonic” rose to the top of the charts, another album was neck and neck for number one in November 2021. Taylor Swift’s “Red,” the newest addition to her series of re-released albums to reclaim her masters.

Junior Maya Sutte especially loved that it  brought back her more grounded, breakup oriented pop music, “Red was amazing to hear again and relive listening to it for the first time, I also loved all the new bonus tracks.”

The year was rounded out by Adele’s return to music with her first album in 6 years, “30.” “Adele created an album that was really different from her previous work, but still evoked the same deep emotion she always has,” said junior Nathan Hill.

“This year definitely delivered when it came to music, and I’m really excited for 2022s music, and for the Grammys,” Hill explained.