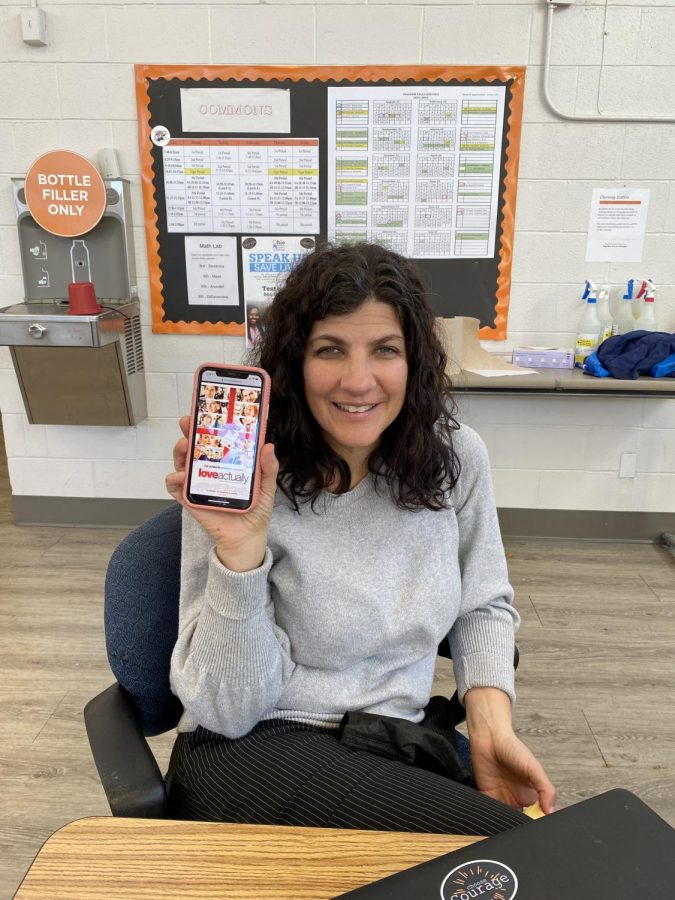 ‘Tis the season to curl up on the couch next to the glowing fireplace and turn on your favorite holiday movie.

Her personal favorite movies are “Home Alone” and “Love Actually”.

She loves “Home Alone” because of the “mixture of comedy and lightheartedness”.

“Love Actually” is also her favorite because of the alignment of the different love stories, the great cast, and the music soundtrack.

She reflects fondly on the stop motion animated television special “Rudolph the Red-Nosed Reindeer” because of the novelty of the one-night showing on television.

Finally, her favorite movies to watch with her family are “A Charlie Brown Christmas” and “A Christmas Story”.

Mr. Jacob Bargar recounts some of his favorite holiday movies.

“It’s funny and it reminds me of my parents and my brother when we would watch it while growing up so it has good memories associated with it,” says Mr. Bargar

He relates “Elf” and “Rudolph the Red-Nosed Reindeer” with his childhood as well.

Mr. Bargar also associates “A Christmas Story” with his family.

“It’s A Wonderful Life” was the first movie to come to Ms. Serensky’s mind.

She watches it every year on Christmas Eve because it is so heartfelt.

Ms. Serensky also loves Will Ferrell’s “Elf”, which is a comedic spin on one of the year’s most festive holidays.

Around Thanksgiving, Ms. Serensky remembers watching “The Wizard of Oz” once a year on television.

Finally, she has fond memories of watching “A Christmas Story” with her family as it would premiere on Turner Classic Movies (TCM) channel for 24 hours.

Spanish teacher Mrs. Walsh agrees with some of the teacher favorites from above.

Mrs. Walsh calls a tie between “Home Alone” and “Elf” as her favorite holiday movies.

“Home Alone” reminds her of her son because he looks just like Kevin.

Mrs. Walsh has a strong fondness for “A Charlie Brown Christmas” because of the ties from her childhood.

Price loves the fact that this movie focuses on people and ideas that other holiday movies often shy away from.

His childhood-associated movie is the 1974 stop motion animated Christmas television special “The Year Without a Santa Claus”.

Like most other teachers, his favorite movie to watch with his family is “Elf”.

Staff trends point to “A Christmas Story”, “Home Alone”, and “Elf” as the top picks for family holiday classics.