Browns off to an interesting start 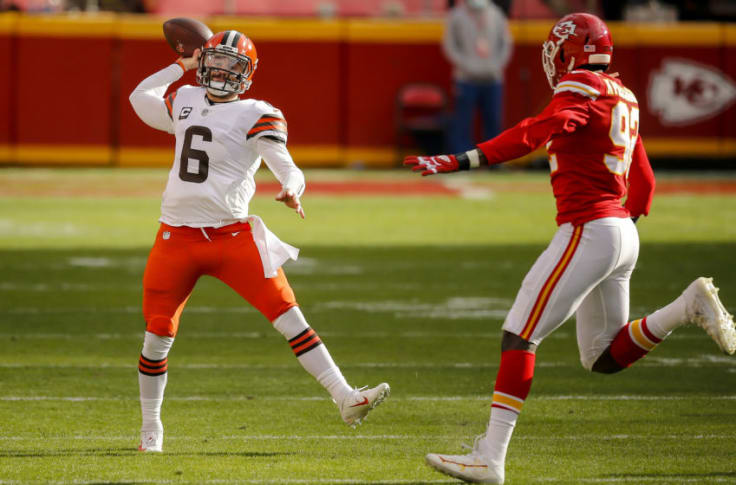 Browns off to an interesting start

The season all Cleveland Browns fans have been waiting for might finally be upon us.

The Browns came out week one looking to prove why they should be considered a serious contender for the Lombardi trophy this year. Despite the loss, they did exactly that.

They lost an absolute nail biter to the defending AFC Champions Kansas City Chiefs by a score of 33-29.

CFHS senior Wes Kaas said he was very impressed with the week one performance.

“The first game against the Chiefs I think we played really well, although we lost the Chiefs are no doubt one of the best teams in the league and we were very close to beating them,” Kaas stated.

Kansas City has proven to be one of the best teams in the league with two super bowl appearances in the last two seasons, winning one of them.

The Brownies bounced back from the loss week two in their home opener with a 31-21 victory over the Houston Texans.

Although they won, people believe that they played way worse than the previous week.

CFHS junior Henry Westendorf believes that although we won, the performance was worse than the previous week.

“I think we played a lot worse compared to week 1 even though we won the game, we couldn’t capitalize on key situations,” said Westendorf.

Many believe the Browns should’ve beat the inferior Texans by more than they did, considering the injuries the Texans also had.

Going into their week three game against the Chicago Bears, Cleveland has built some momentum and confidence over the past two weeks and should be able to take care of an average Chicago team with a new rookie QB in Justin Fields.

Kaas believes that although he was a massive fan of Fields while he was playing at Ohio State, he won’t be able to take the pressure of his first career start.

“I loved Justin Fields at OSU and I think he’ll be a great player for the Bears, but I think for his first start being away in Cleveland I don’t think he’ll have the greatest first start,” Kaas said.

The Browns are the better team on paper and should be able to knock off the Bears, especially if Odell Beckham Jr. is back in the lineup.

Another vocal point of the Browns 2021 season is their head coach Kevin Stefanski who is coming off winning the Coach of the Year award last year after leading Cleveland to the second round of the playoffs.

Westendorf believes that Cleveland has finally found their next long term head coach after years and years of new head coaches.

“The Browns have been notorious for getting new coaches practically every year, but Stefanski has shown great promise and I think he will end up being a long term coach for us,” stated Westendorf.