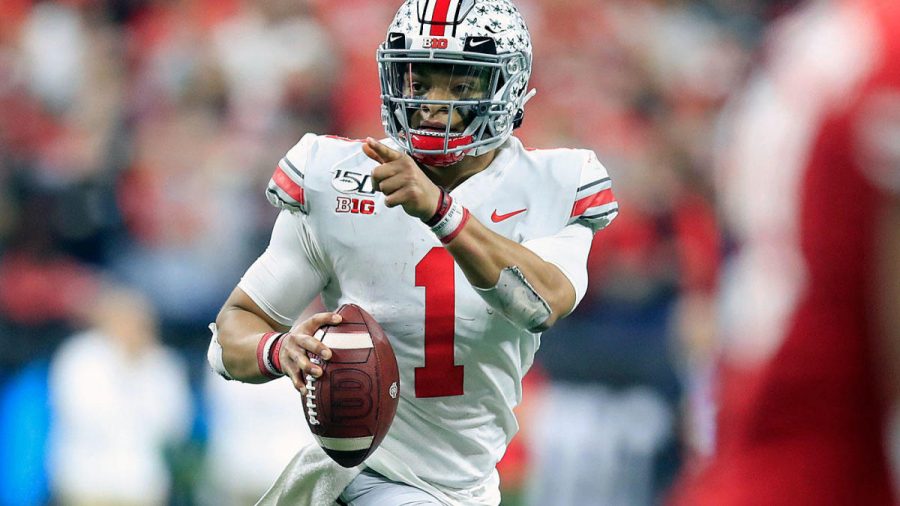 Despite uncertainty due to the Coronavirus, the Ohio State football season has kicked off with a win against Nebraska.

“I was so excited to see Ohio State get to have their season. I was devastated when their season got delayed. Now I just will appreciate each game more,” said Ohio State fanatic sophomore Max Crandall.

At first, the Big Ten decided that football would not be played this fall. However, as other college football teams continued, the Big Ten ultimately decided to have a shortened season of 8 regular season games.

To have the season go on, the Big Ten had to have safety precautions put into place to limit the spread of Coronavirus in college football. One important precaution was the rule of no fans except a limited amount of family members.

“I was deeply saddened when I heard the news of no fans for Big Ten games. The games don’t feel quite the same with no roar from the crowd, however I’d rather have them play safely than to risk playing with a crowd,” said senior Aerin Krebs.

With only family members in the stands, the aspect of the crowd is essentially taken out of the game. However, the family members provide little noise and some schools, such as Penn State, play fake crowd noise over the loudspeakers to create a “normal” atmosphere in their stadium.

In spite of various changes to the football season, the Ohio State football team is loaded with talented players that are ecstatic to start the season.

“This Ohio State football team is very talented and filled with exciting players to watch. I especially am excited to watch Justin Fields. He could be considered the best player in all of college football,” said senior Andy Neimeier.

Justin Fields is a true junior who is the quarterback for the Ohio State Buckeyes. Last year he threw 41 touchdowns and 3,273 yards. He has one of the best chances to win the Heisman trophy this year and he is projected to be selected high in the 2021 NFL Draft. Ohio State is also one of a few teams that have a good chance of winning the College Football Playoff, which is largely due to Justin Field’s dominant performances for Ohio State.

Another big part of Ohio State’s team is the group of receivers that they have.

“Ohio State’s receivers are one of the best parts of the whole team. The combination of the talented group of young receivers and the experience of Chris Olave creates such a great dynamic for this team,” said Crandall.

With Ohio State’s key offense weapons they are expected to have a great season. However, to have the season in general is a big win for the Buckeyes and all of college football.

“I love Ohio State and I’m thrilled to have the Buckeyes and College Football back. There is nothing greater than watching Ohio State play on a brisk Saturday morning,” said Neimeier.