A Life of Photography 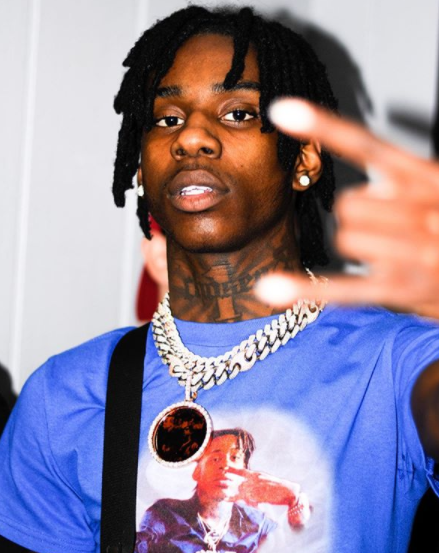 Chagrin Falls senior Jacob Maher has been taking pictures of famous celebrities. Maher is getting attention from outside news sources for his recent photography of some famous hip hop artists.

He has taken pictures of celebrities such as Machine Gun Kelly, baby smoove, and Alissa Violet.

“I really like the portrait of Machine Gun Kelly talking to Alissa Violet. It paints them as being people just talking to each other rather than them being celebrities,” said Maher.

Most people look at celebrities as someone who is better than them. But these photographs portray them as normal people having a conversation.

Getting into photography can be difficult, as some people just see them as pictures, and nothing else. But Maher see’s it in a much different way.

“Photos are memories, photos are time capsules. You look back at even a snapchat memory that’s still a photograph, you’re capturing a moment in time where you had a certain emotion or representation of life,” said Maher.

Photographs can be seen as just that, photographs. But Maher emphasizes that they are not just photographs, but rather memories that made you feel a sense of joy.

Some people are skeptical to get into photography, they don’t have the right equipment or enough time. They are hesitant to take pictures.

“Just get out there and shoot. Nothing’s stopping you. You can even just photograph your friends hanging out on a Friday night, nature or whatever you’re into,“ said Maher

People who are skeptical about photography, should just give it a try. People don’t need professional photography equipment, just a simple camera will do. You don’t know, this could be a new hobby.

With high school and a social life to manage, Maher finds time in his already busy schedule for photography.

“It’s hard with a busy schedule, I usually do them on the weekends. Friday, Saturday, and Sunday during the day.I balance it with school, and it’s hard sometimes.It’s a trade off, on a Friday night, instead of hanging out with friends or family, I have to go shoot late at night. I go out at 8 or 9 and get back at 12 or 1. Monday through Thursday is strictly for school, and Friday through Sunday is when I do the photos,” said Maher.

Maher has a very busy schedule, and sometimes he has to give up hanging out with friends and family so he can do photography, so it is a trade off.

Maher gets to take pictures of some celebrities, he knows where they’ll be and when they’ll be there.

“The way I get to see these celebrities is by networking with people in the city. Finding and meeting new people. I went to small events before I did all these big events, concerts, arenas, and with big shows with famous artists. I started with local artists, local rappers, they knew people who knew more people and I met them. I kept making connections. I met people like someone who was the head of a label, or head of a club. I networked with every person I met, really understanding who they were. Sometimes the managers ask me to come and shoot,” said Maher.

Maher started with local rappers, people that had 1,000 followers and they knew more people, Maher made his way up. Making connections and friendships.

Maher gets crucial details on their location.

“I get it from venues, concerts, and managers,” Maher said.

You don’t need personal connections to get these photos, just need the internet.

Photographs are still important in today’s society, possibly even more than ever.

Yes absolutely, photos are memories. You capture a moment of time or a certain feeling of life. Document the world. Very important to understand the world.