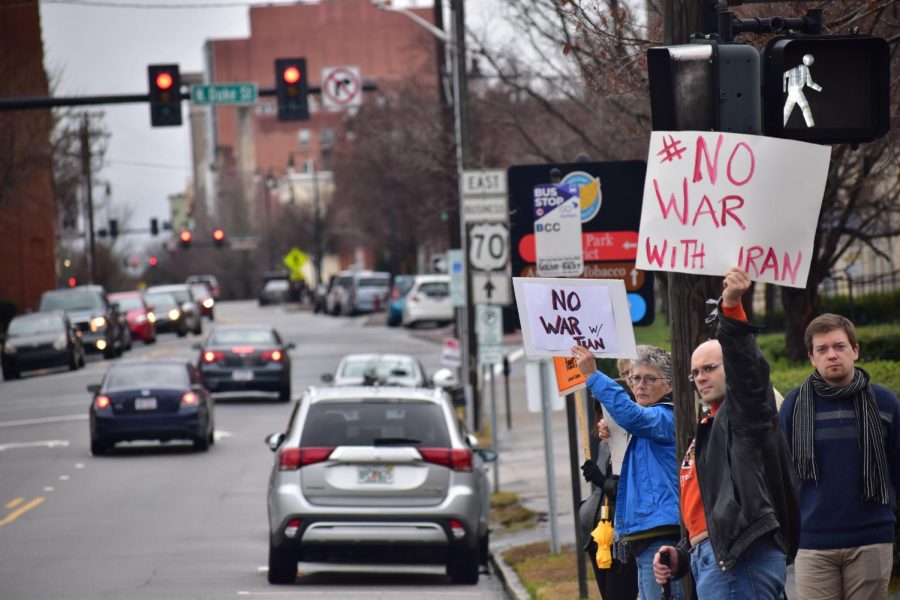 Reports of conflict with Iran have blanketed news coverage for over a week. World War III memes have blossomed on the internet, and Google has reported a spike in the search query “Will I be drafted?” What set off this whirlwind of media coverage in the first place?

Let’s start with a bit of history. Tensions between the United States and Iran first emerged after the Islamic Revolution of 1979. After months of demonstrations, Iranian protesters forced the US-backed Shah from office, ending the rule of Iranian monarchy. Islamic leader Ayatollah Khomeini took the helm as the leader of Iran’s new government, the Islamic Republic of Iran. Iran’s transition from a secular to a religious governing system made the U.S. uneasy, and the situation worsened when Iranian protesters seized the U.S. embassy in Tehran, Iran’s capital, in November of 1979. Protesters held 52 American service members hostage for 444 days.

Tensions continued to oscillate between mild and severe until 2002, when an Iranian opposition group reported that Iran was in the process of developing nuclear capabilities. The European Union and U.S. responded with severe sanctions, hoping to dissuade Iran from developing a nuclear weapon. In addition, the U.S. conducted the Stuxnet attack, an offensive cyber operation that infiltrated Iran’s main nuclear facility and destroyed the centrifuges critical to enriching uranium. Under the Obama administration, Iran signed onto a nuclear deal that limited its nuclear capabilities and allowed for international monitoring of all nuclear facilities. In return, the US and EU lifted sanctions.

However, tensions continued to escalate as Iran was accused of violating multiple facets of the agreement. In 2018, President Trump abandoned the nuclear deal and reinstated sanctions, particularly those that crippled Iran’s massive oil industry.

Since then, tensions have boiled over into kinetic confrontations. In May and June, Iran was accused of bombing oil tankers in the Gulf of Oman, a major oil passway. In June, Iranian military forces shot down a US drone. In both situations, the U.S. refrained from responding in a manner escalatory enough to cause war. For decades, conflict between Iran and the US has existed in this state, hovering below the threshold of war with each nation toeing the line before pulling back.

Many people worry that this pattern is set to change. On January 3, reports emerged that the U.S. military had assassinated top Iranian official Qassam Soleimani. An airstrike targeted Soleimani’s car at an airport in Iraq, and Iran immediately responded with promises of revenge. On January 7, Iran launched over a dozen missiles at two military bases in Iraq, both of which house U.S. troops. Reports showed that no lives had been lost in Iran’s act of retaliation, but the truth was more troubling.

On the same day that Iran conducted its airstrike, a Ukrainian International Airlines jet crashed outside of Tehran. Initially, the Iranian military denied any involvement, asserting that the plane crash was likely due to technical difficulties. The crash left all 176 passengers dead. A few days later, Iran adjusted its narrative, admitting that the plane had been downed by an Iranian missile. Military officials blamed the incident on “human error,” explaining that the plane’s flight path took it near a sensitive military base. Outrage from the international community swiftly followed, with the Trump administration promising to impose harsher sanctions.

Perhaps the most intense backlash came from within Iran. After Soleimani’s killing, mourners flooded the streets of Iran, paying respect to a man the Iranian government labelled a “martyr.” A stark juxtaposition emerged after the plane crash as mobs of protesters overtook Tehran, chanting “death to the dictator.”

Uncertainty remains over whether Iran will attempt further retaliation against the United States. Until tensions begin to soften, the U.S., Iran, and the rest of the global community will wait in suspense.