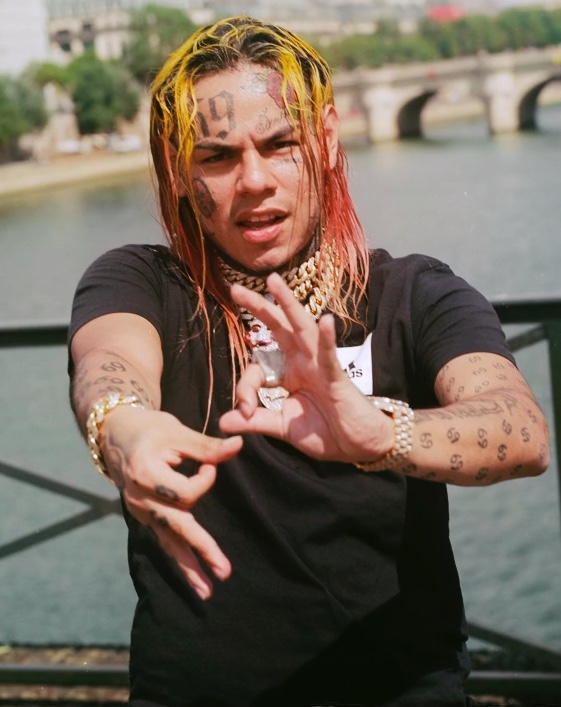 Tekashi 6ix9ine snitches out other members of his gang in court

Rapper Tekashi 6ix9ine declined witness protection on September 26, to continue his career in music after snitching on multiple people in court.

With possibly a target on his back, Tekashi seems to not think witness protection is quite necessary for him as he is also very famous in the Hip-hop world.

Senior Paul Fierman, an avid Tekashi 6ix9ine fan, believes he’ll be released from jail, “Most likely at the beginning of 2020 if the trial goes as planned.”

After snitching on multiple other people including other famous rapper Trippie Redd, Tekashi will be released early.

“I think he should use it. He will have a target on his head within the gang community,” Fierman claimed.

“He thinks he’s invincible. He probably believes that nothing will happen to him because he easily talked his way out of his high profile charges,” said Fierman. He is mainly denying witness protection to continue his rap career.

“He has already signed a $10 million contract with 10k Projects and his name is trending within the music world with the surfacing rumors regarding his court case,” said Wood

Hopefully he can regain his fame and people don’t hold his past actions against him. Now that he is almost out of jail, many fans believe he will be dropping an album upon his release.

“I believe he will. Rumors have leaked about his recording team purchasing beats for him to use while he was in jail,” said Wood.

With all his time in prison, it would not be unlikely for him to not have been writing songs.

After asked about his chances of having a target on his back once released from prison, Fierman claims, “I believe they are low. If he does not go into witness protection, he will certainly have a large protection team and will have many bodyguards to keep him safe 24 hours a day.”

Hopefully this is enough to keep people to stay away from him.

Now that he is almost released, Tekashi looks to regain his fame by releasing new music so people start to like him again.

If he dropped another album, Fierman explains, “I hope it’s with Trippie Redd. The pair collaborated on songs ‘Poles 1469’ and ‘Owee’ in 2017, becoming instant hits. Since their joined projects, the two had a falling out, sending shots back and forth through social media, and the two parties reportedly took part in a physical altercation in a New York hotel lobby at the end of 2017. A collaboration would reunite their past success and would squash their beef. Furthermore, more artists would be interested in collaborating with Mr. 6ix9ine, which would would clear up his image.”